Knitting and getting rid of perfect

I am loving this knitting.
As I told you in a post last week, I just started knitting. I’m really enjoying it.

When I think of my father’s sister, my Aunt Esther, the first picture that comes to mind is of her sitting in her house, holding a conversation while knitting away. I hear the click of her knitting needles. I see the movement of her hands and arms.
She would glance at her work every now and then. Otherwise, her focus was on the person she was talking to.
I still have the lavender sweater and long stocking hat she knitted for me when I was a small child. I have the afghan she knitted my parents. The work is beautiful.

Now I’m knitting, though not nearly as well as Aunt Esther.
I find it challenging, especially the purl stitch. My fingers still feel awkward with that stitch.
It’s also absorbing, holding my attention even when I’m watching TV. It’s meditative. It’s soothing. I like the rhythm.
And I like the freedom of creating something. At first, I ripped out the whole piece when I made a mistake. I don’t yet know how to fix a dropped stitch or other mistake, and I wanted to keep my work “perfect.”

But that wasn’t any fun. And I decided that, by golly, I was going to enjoy this. We need to enjoy what we do as much as possible. Do you agree?

So I stopped starting over and just went on knitting even when I knew I had dropped a stitch or somehow added one.

Chase Bird likes knitting, too. Rather, he likes the yarn. He thinks it’s terrible that I don’t let him play with it.
He makes flying leaps toward my lap, his mouth aiming for the yarn. I tug it away from him. He jumps on my lap, trying to get at the soft thread. Alas, I take it away again.
And to make matters worse, I then takes pictures of him. 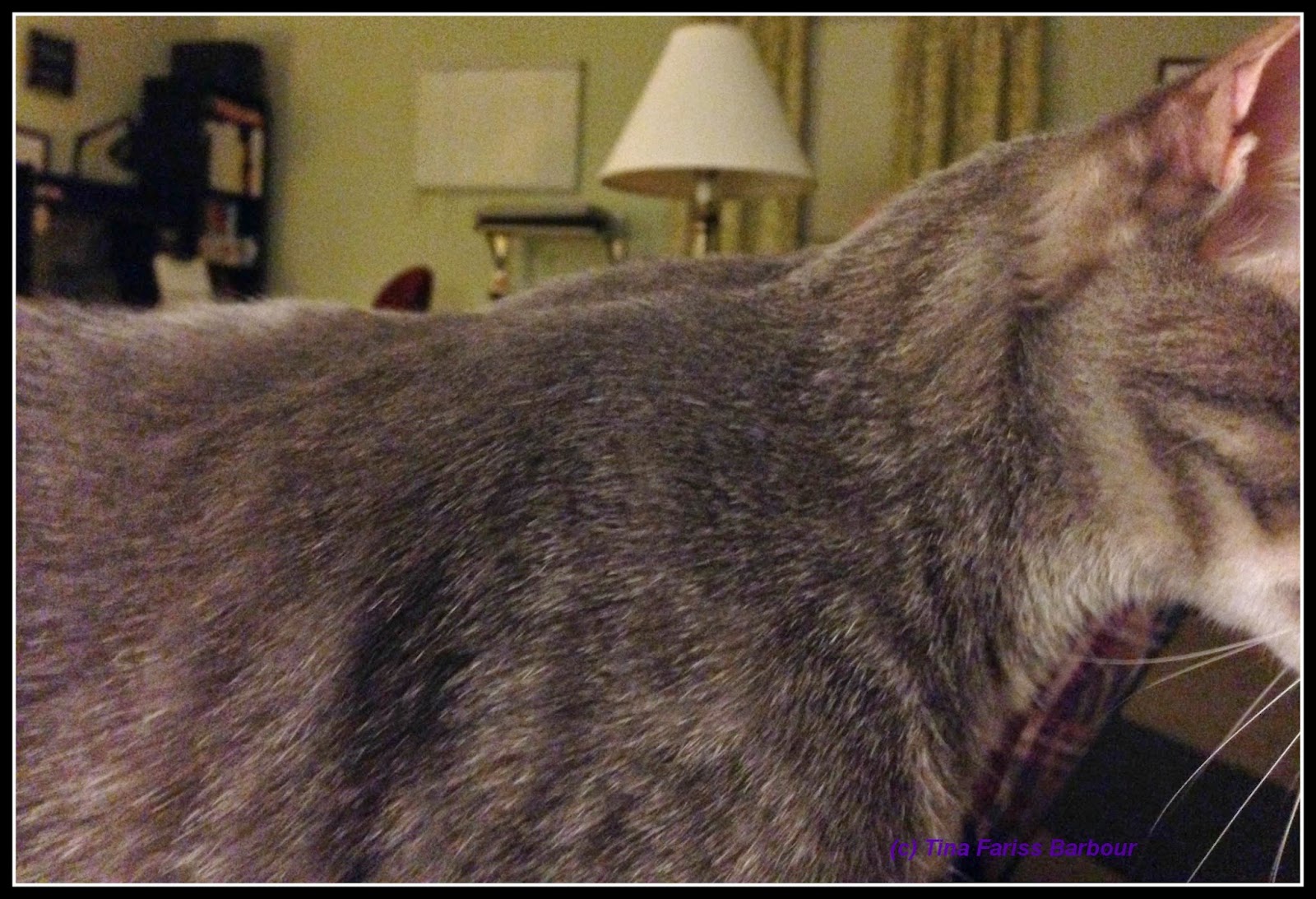 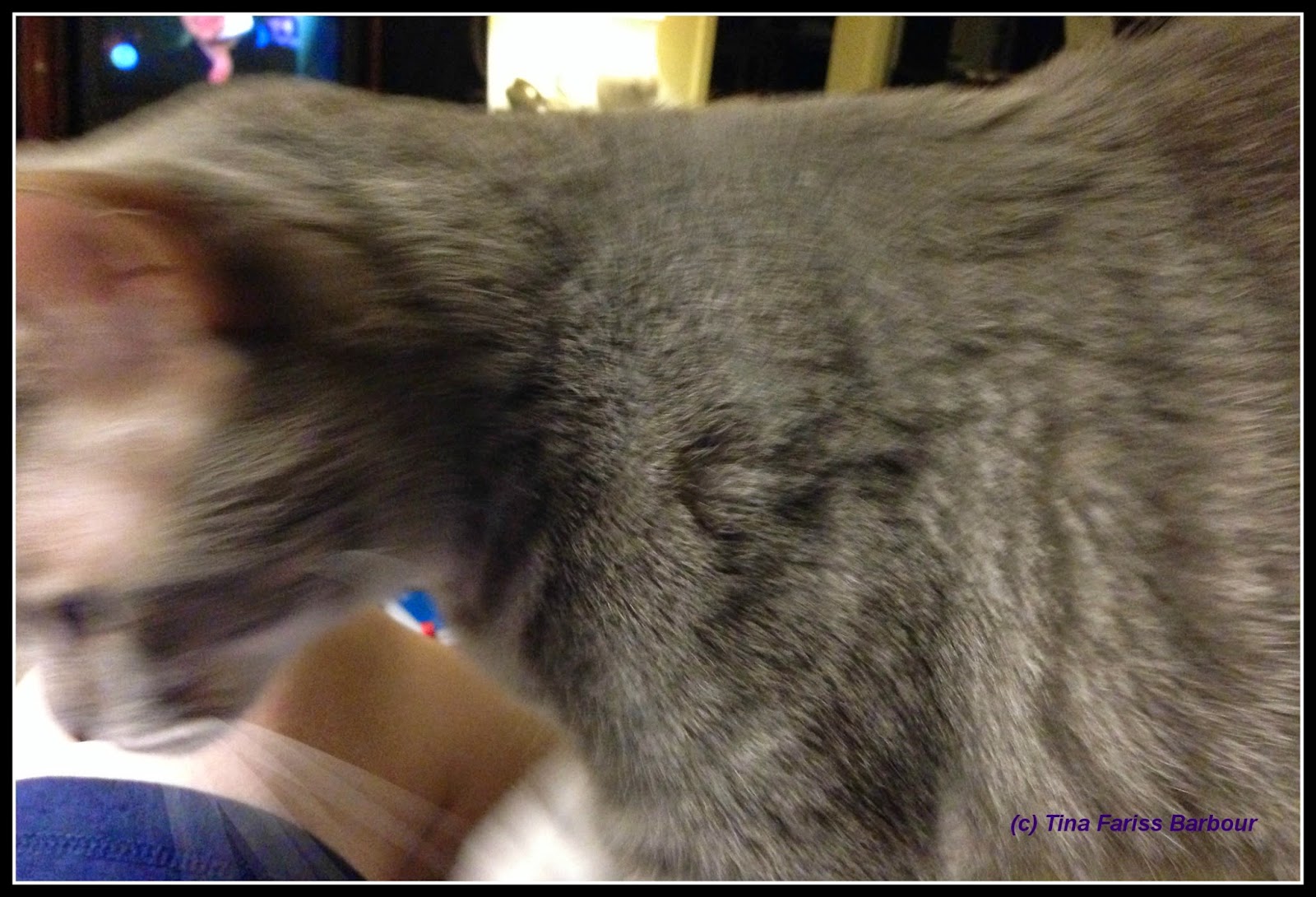 Maybe someday I’ll knit as well as Aunt Esther. I’ll click my needles together and not even look down. Then Chase Bird will have a better chance with the yarn.

What activity soothes you? Do you practice any skill that an older relative also practiced?
Posted by Tina Fariss Barbour at 12:01 AM